skip to main | skip to sidebar

I'm a Sheffield based illustrator and writer, who's recently left the games industry after 8 years of relative security, and once again decided to fling himself into the choppy waters of the world of commercial illustration.

On the right hand side of the screen you can see the link to my Portfolio. There you'll find samples of the illustration, character design, concept art and graphic design I've carried out over the past 15 years or so.

If you'd like me to draw some really nice stuff for you, and want to pay me to do it, please don't hesitate to contact me using the details on the right of the page!

It's been a hectic year, and one way or another I've neglected this blog to a shocking extent.  This is largely due to my taking on the role of stay at home parent to our daughter Ivy, who was born in October 2011.
I've kept up my illustration work, initially only in evenings and weekends and then spreading into the afternoons that she began to spend at nursery.

During this time I've still managed to squeeze in two Children's book apps for Iphone (which I'll be writing about in the next couple of weeks) and a card game...but inevitably something had to give, and in this case it was the upkeep of this blog...although you only have to look at it to see how shockingly relaxed I was with regards to updating it in the first place.

Anyway, I'm back...and my new year's resolution will be to start blogging regularly.  Firstly though, let me take this opportunity to wish you all a Merry Christmas, a Happy New Year, and all the happiness and success that you deserve.
Posted by Jon Lycett-Smith at Monday, December 24, 2012 No comments:

I want you to know

I’ve been on holiday for a week in Andalusia.
We got together with four good friends and rented a cream coloured villa, complete with pool and stunning views, perched at the top of the perilous cliffside roads in the hills of Cerro Gordo just outside La Herradura.

The villa itself is nestled in the middle of a nature reserve and we’re surrounded by strange spanish wildlife, housemartins, ibex, geckos, preying mantis, wild cats, bullfrogs and thousands of moths, all of which seem extremely interested in the pastey white British creatures. 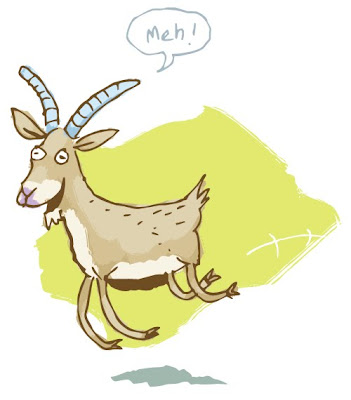 Highlights have included a trip to the prehistoric caves in Nerja (some of the most startling and Gigeresque natural architecture I’ll probably ever get to see), a visit to la Alhambra (a moorish palace on the outskirts of Granada), a trip up to the hilltop village of Frigiliana (a sleepy white-washed village draped up the side of hills) and last but not least, some of the best food I’ve ever eaten at a little restaurant called Mirador de Cerro Gordo.

That last one involves a poorly judged trek down the hill from our villa which turns out to be about three times longer than expected. The restaurant is perched on a cliff above the sea and run buy a couple of ex pats called Alix and Kevin. Luckily for us they are extremely nice people, as we’ve neglected to book, they’re extremely busy and our misguided stagger down the hill means that we have turned up about five minutes after they usually close the kitchen.

I order a pork dish which turns out to be, quite simply, the best pork I’ve ever eaten, while a couple of the others have the steak and acquire blissful expressions as a result that last for the rest of the evening.

While we’re eating, our hosts chat to us and manage to transform latecomers sense of guilt into a deep sense of welcome, and a ginormous hummingbird hawkmoth dances around the flowers surrounding the table, astonishing and delighting in equal measure.

Alix even goes so far as to arrange a very reasonable taxi back up the hill for us, which possibly would have taken most of the night on foot, and potentially could have involved a few broken limbs through the combination of cliff, dark and wine.

We’re off to Malaga airport in a couple of hours for the return flight to Yorkshire, but we’re already wishing we’d booked an extra week. Definitely the mark of an excellent holiday.

And I even found time to do some doodling too.

I recently had the opportunity to produce some publicity material for the Lightbox Gallery’s Escape to Wonderland exhibition.

They’ve put together a great body of work spanning generations of children’s picture book favourites and as a relative newcomer to the illustration business, it was quite an honour to be asked to produce an illustration to help promote it. 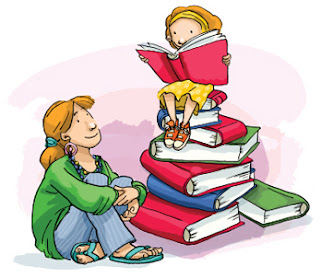 It was quite challenging to create an image that could retain my illustrative messy ink line style and yet be scaleable so that it could be reproduced on anything between an A5 leaflet to a 500 foot banner without degradation of quality. I found a way of using vector lines in photoshop that allowed me to do this within my style, which was quite a relief, and should prove very useful on future projects.

A few months ago I was approached by Bag it Don’t Bin it to design some colouring in bags for the Chatsworth House shop. 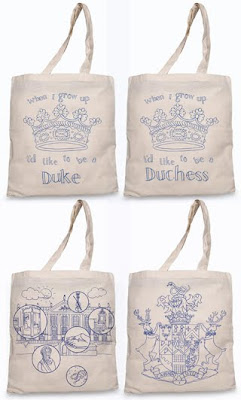 I’m a big fan of Chatsworth house and their commitment to artistic endeavors, so this one was a real pleasure to do.
Julia Gash has been making beautiful cloth shopping bags in a battle to curb the use of supermarket plastic carriers for some time now and chances are that you either own one of her bags, or know someone who does.

Working on these bag designs was an opportunity for me to back two excellent causes while having a lot of fun in the process.

A couple of months ago I decided to clean out the Freegle (once named freecycle) folder in my email. If you’ve not heard of it, Freegle is great, it’s an email list of people who offer up unwanted items, free, to anyone who emails them with a request and can pick the item up themselves.

Every time someone makes an offer, it sends out an email to registered users, who then in turn respond with a (hopefully) polite request for said item. Now, as a freelance illustrator and writer whose time is usually consumed with drawing, writing and more drawing, the only problem is that my Freegle folder fills up faster than I could ever possibly keep track of all the offers.

I recently left my job as a full time 2D, 3D and concept artist with Sheffield games studio Sumo Digital, and set up on my own as a freelancer. This has proven to be one of the most enjoyable (yet stressful) experiences of my life so far, although I immediately ran into a few basic problems such as ‘where the heck am I going to work from?’ It was immediately obvious that the answer was going to be ‘my dining room.’

This presented a desking problem that was immediately solved with the introduction of a ramshackle old decorators trellis table, which was sufficient to the task, although had a rather startled look as though you’d just caught it in the act of falling down.

One thing followed another, and thanks to the Freegler named Denise, who I shall be forever grateful to, I now have a splendid old writing desk that seems to make creating stuff a whole lot easier than it was.

How fickle am I?

I fully intended to get keep this blog up to date and ticking over like a well tamed and friendly engine, yet as soon as we got the blog function working on my own website - I began to post there rather than here.

As I've yet to mechanize some sort of hierarchical update system from there to here, I thought I'd do it manually today...although there's only a handful, I should warn you there'll be posts from my website dating as far back as May, so I'll tag the original date posted at the foot of each article or something.

Back to the drawing board...

So in the end what was meant to be a pretty short term contract at Sumo Digital has stretched from the beginning of February to the end of this week.

Even though I've been able to squeeze in a few little side projects on the side during this time, I'll be back on my illustration full time from this Saturday, so hopefully things can get moving again.

I'm really excited to be back!

But if anyone out there in the games industry needs some concept art I am now ethically allowed to accept new contracts. ;¬)

My website and portfolio can be found here.
Posted by Jon Lycett-Smith at Wednesday, June 23, 2010 No comments:

Promote Your Page Too